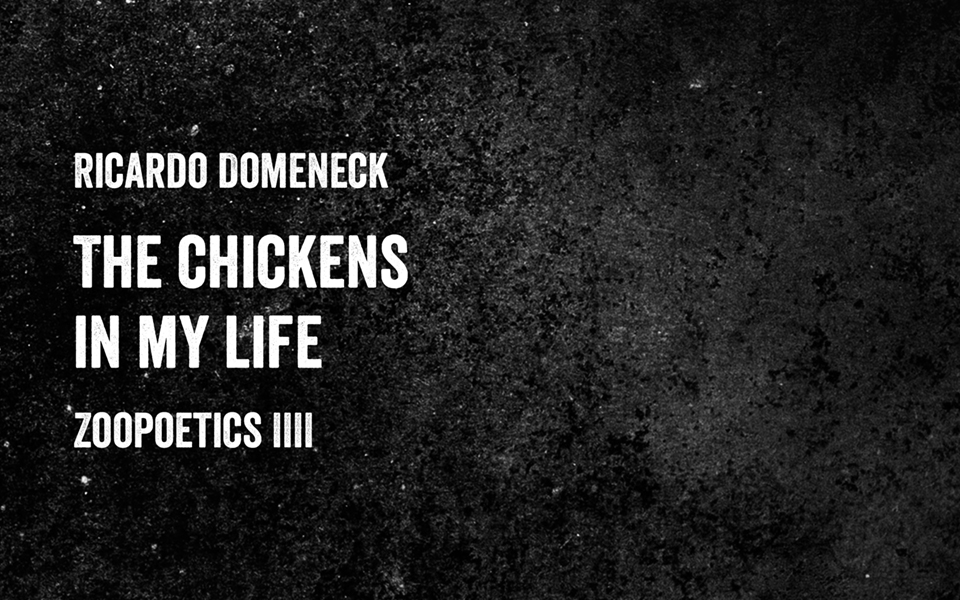 „It is hard to sort out shock from awe in chickenland.“

One of the oldest of my memories, running around a cemented backyard with a cloth nappy donned as a superhero cape around my neck, and a chicken under my arms. To my chagrin or luck, there is photographic evidence. Is this the only reason why I still remember that chicken, running with it in my cape, pretending to fly as she herself could only pretend or desperately attempt to fly, Superman-style through a cemented backyard, saving a demented Superchicken from the cooking pot? My attachment to her most certainly extended her life. Till one day I lost interest, and she ended up on a plate. How many creatures have died for our loss of interest? To you I dedicate this text, my feathered friend whom I have unconsciously eaten in that act of deception from my mother, that first deception from my mother – making me an accomplice to her murder through my teeth and guts. And through my hunger. I have eaten you. You tasted good. 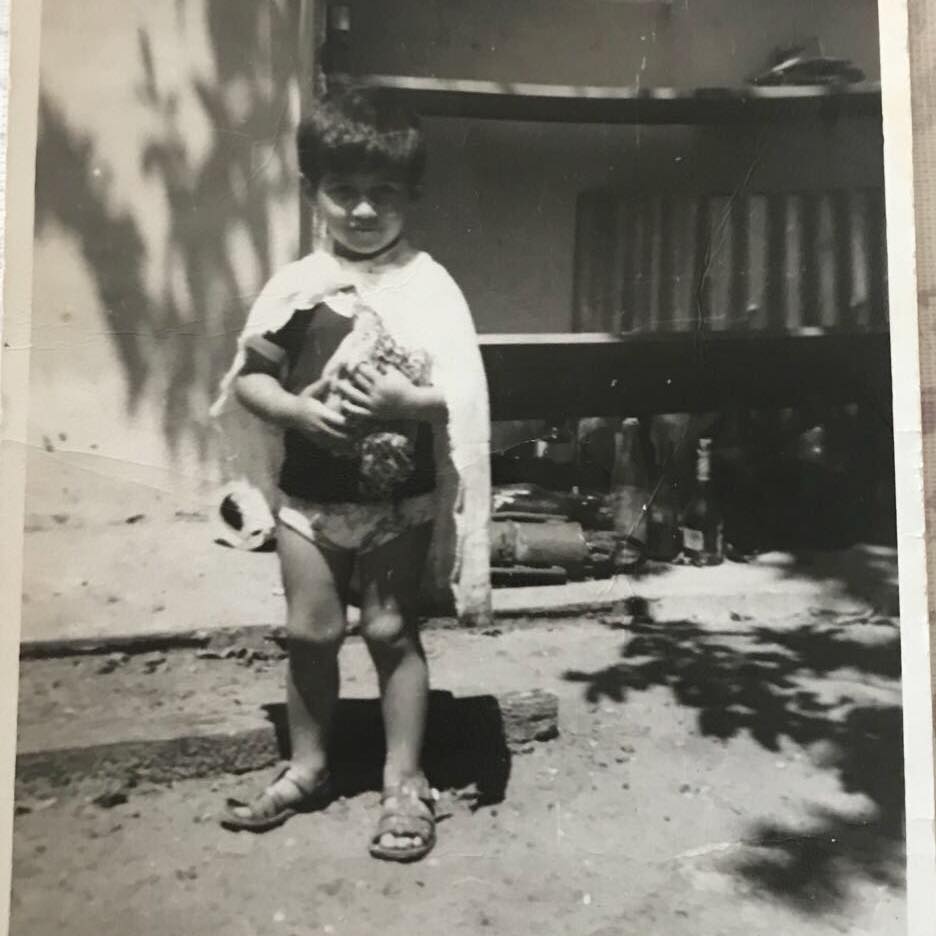 I watched my grandmother kill so many of those feathered people. The technique was as simple as it was brutal, and now I transmit it to you, dear civilised reader who has never killed what you have later eaten: Grab the living chicken (that mother, that daughter, that sister) by the head, which should be covered within the palm of your hand – perhaps as a final moment of mercy, to cover their eyes before the execution, a plunge into darkness!, as one covers with a black cloth sack those to be hanged – and twist it many times, like a toy. My grandmother did it with such force at times, the chickens were decapitated. From age 7 on, nobody cared if the children watched it or not. It was an awful and wonderful thing to see, hate for the grandmother welling in our beings for such brutality, and the same ammount of admiration for the courage exhibited: to do what had to be done. The writhing bodies of the chickens would still extend all muscles and attempt flight in both senses: escape, and an ascension into the skies. What sort of consciousness could that be? I was terrified, imagining those last seconds of consciousness in us, when everything else in the body has given up, but in the opposite from a chicken death: death in our four limbs, the impossibility to lift a single eyelid, but the consciousness of dying. Awake for seconds within a dead body.

My grandmother and the chickens, like a lioness and many zebras, the law of the jungle right there in our backyard. Apex predators and their domestic food. Not today, when the commandment says: Thou shall not kill what has died to feed you. My chickens on my plate, but no blood on my hands. Our chickens on our plates, but no blood on our hands.

My pet chicken, whom I have inadvertently eaten, was not a simple chicken. Of a specific breed which in Portuguese we call “garnisé” – the bantam chicken, in Indonesian ‚ayam kate‘, a miniature, a small variety of poultry. “Etymologically, the name ‚bantam‘ is derived from the city of Bantam, once a major seaport, in Indonesia. European sailors restocking on live fowl for sea journeys found the small native breeds of chicken in Southeast Asia to be useful, and any such small poultry came to be known as a bantam.” Were not European sailors the ones who first brought even my language to the shores where both I and my chicken were born, immigrants in most of our genes, introduced species to a foreign habitat?

And the etymologies of childish language. As my mother would yell that I should stop running around with the “garnisé” (the bantam chicken), I had always understood that this word (garnisé) was not its species or breed designation name, but its proper name, its single and individual name. I had always understood “Galim Zé” – as in “galim”, diminutive of “galo” (cock), and “Zé” being the common nickname given to anyone called “José”, as a Charles is a Chuck and a Richard is a Dick. And was not the Son of God called the Son of Man, species as proper name?

How poetic they sound, the names of certain chicken breeds. I would name my human child with such chicken names. Would my child not end like chickens do? Will I not end as one? Ingriido. Tirana. Altsteirer. Cubalaya. Dandarawi. Jalasjärvi. Crèvecœur. Kraienköppe. Giriraja. Onagadori. Or the aristocrats of Belgium! Barbu de Boitsfort, Barbu de Grubbe, Barbu d’Uccle! Coucou d’Izegem! Fauve de Hesbaye! Naine du Tournaisis! Pondeuse de Zingem! These are breeds of chicken but they might well be the names of medieval Occitan troubadours. And are they not?

In those strings of documentary of human evolution I often binge on, I remember when the narrator in one of them described how mutually beneficial it had been, the settlement of humans in one location, and the domestication of goats. Did the goats not provide milk and fur to the humans, and did the humans not provide shelter, food and protection from predators to the goats? Who domesticated whom, then? Were we not healthier as hunter-gatherers before chickens and goats domesticated us, manipulated us to stay in one place, caring for them? Making sure their species go on? Are not domesticated animals the most probable to survive the apocalpyse we are engineering?

Donna Haraway has written in “Chicken”, included in ‚When Species Meet‘ (2007): “Chicken could

conclude that a major avian vocation seems to be breakfast and dinner while the world burns. Contrary to the views of her pesky friends in the transnational animal rights movement, our Opportunistic Bird is not against surrendering

a pound of ﬂesh in exchange for pecking rights in the naturalcultural contractual arrangements that domesticated both bipedal hominids and winged gallinaceous avians. But something is seriously foul in current versions of multispecies global contract theory.” 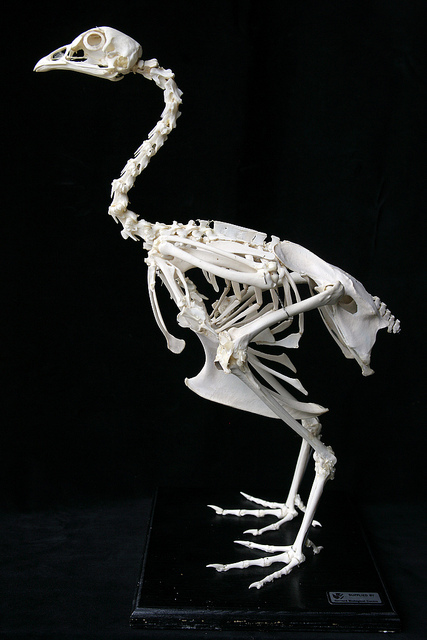 Chickens have a pride place in Brazilian Literature. In 1954, Ferreira Gullar (1930-2016) published his ‚A Luta Corporal‘ (The Bodily Fight), in which he included the poem “Galinha”:

It floats on the ground.

Neither did it possess the sea nor

wanted it, nor understood that ferocious

it accepted it, black and absurd.

It missed nothing. The backyard

its feathers are simply what the wind

all flickering, all fear.

from its dry eye. It sleeps.

But no Brazilian writer would so obsessively follow the fate of chickens as Clarice Lispector (1920-1977) did. One could say a chicken inhabits her most direct and simple text, “The chicken”, published in her first short fiction collection, ‚Laços de família‘ (Family Ties, 1960), but also her most arcane and difficult text, “The Egg and the Chicken”, published in her second collection, ‚A Legião Estrangeira‘ (The Foreign Legion, 1964). Chickens and cockroaches were her companion species, both the chicken, who coinhabited our spaces with permission, and the cockroaches, against which every Brazilian household wages an endless war. The wanted and the unwanted. But do not both species end up eaten in her work? 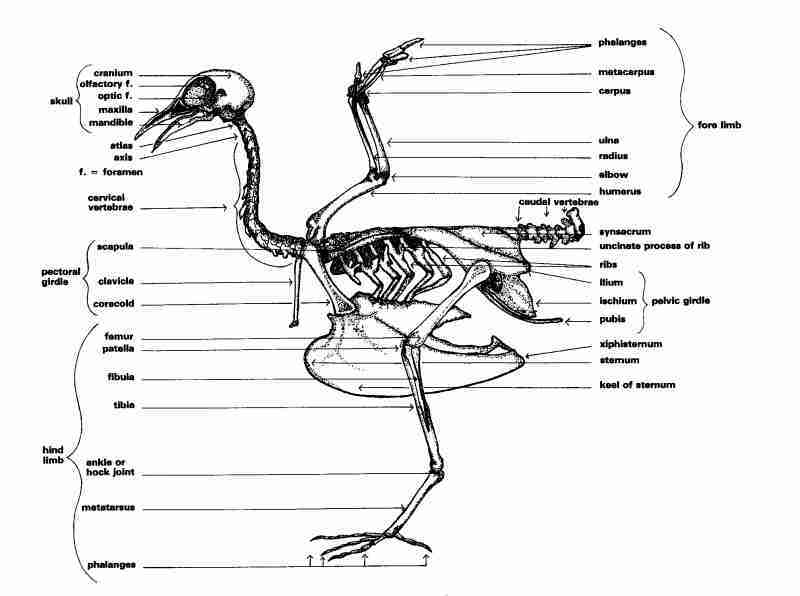 How many citizens of the Gallus gallus domesticus people are being slaughtered right now? How many citizens of the Homo sapiens sapiens are being slaughtered right now? In 1946, Alex Kramer and Joan Whitney composed a song titled „Ain’t Nobody Here but Us Chickens“, recorded by Louis Jordan and his Tympany Five. It would reappear in George Oppen’s Pulitzer prize-winning collection, ‚Of Being Numerous‘ (1968):

“The roots of words

Dim in the subways

There is madness in the number

‘A state of matter’

There is nobody here but us chickens

He wants to say

His life is real,

No one can say why

It is not easy to speak

A ferocious mumbling, in public

To those who sometimes ask me, slightly bemused or confused, why my work shifted from a sense of human corporeality and performance to this research of Zoopoetics, I say there is no shift. Animality is corporeality. An animal is an ongoing performance. Our commonality with all living things in all places, as all creatures (humanimalities) are united by the bridge between the mouth and the urethra/anus. There shall be no empowerment without an acceptance of embodiment, or as in Celan’s sense, “free under the sign of a radical individuation that at the same time, however, remains mindful of the borders.” —— “ashglory”, one of his words translates. Time to become adults, and overcome the trauma of being, as Ernest Becker put it, “an angel that shits.”